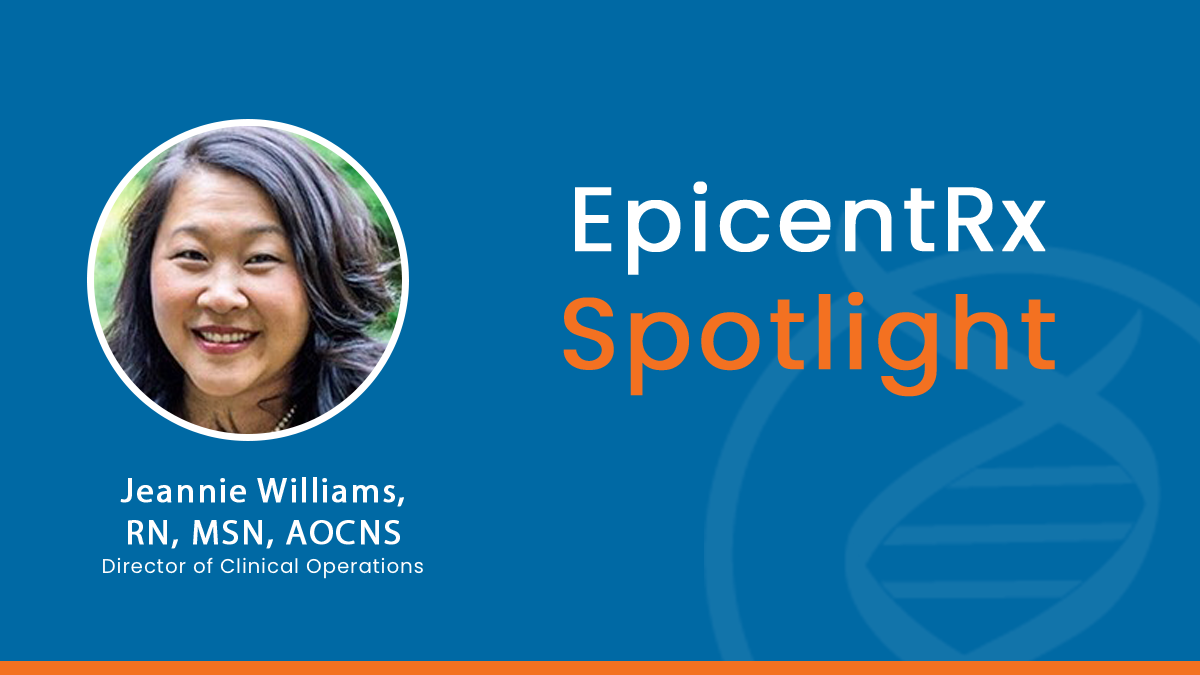 Warning: Hurricane Jeannie expected to make landfall. The projected path is shown below.

In this case, Hurricane Jeannie refers to an individual, Jeannie Williams, RN, MSN, AOCNS, a true force of nature, who works as the Director of Clinical Operations at EpicentRx. When Jeannie visits clinical sites, she brings a torrent of optimism and a flood of information, usually leaving behind shattered assumptions in her wake.

If this hurricane analogy makes it sound like Jeannie is disorganized, barely contained, and unreliable, rest assured that the exact opposite is true. An Army Nurse veteran, Jeannie works with military precision and efficiency, as well as with a good sense of humor, which makes total sense, since she was formerly employed as a Senior Clinical Nurse Specialist nurse at Walter Reed National Military Medical Center and in Iraq in support of Operation Iraqi Freedom.

We thank Jeannie for her service and commitment to the United States of America and to EpicentRx, where she has been deployed—so far only stateside even though the Phase 3 clinical trial, REPLATINUM, is ongoing in China—as a Nurse Educator to teach other nurses how to administer RRx-001 in the ex vivo eLOOP device and as the study clinical lead for the BETA PRIME study with the TGF-beta trap enhanced oncolytic virus, AdAPT-001. EpicentRx is a company on the move—accordingly, a lot is thrown at Jeannie and, hats off to her as she handles it all seamlessly, competently, intelligently and with an impressive degree of level-headedness.

For any of the soon-to-be initiated EpicentRx clinical sites, a reminder to prepare and plan for Hurricane Jeannie’s imminent arrival. We 100% promise you’ll be blown away.