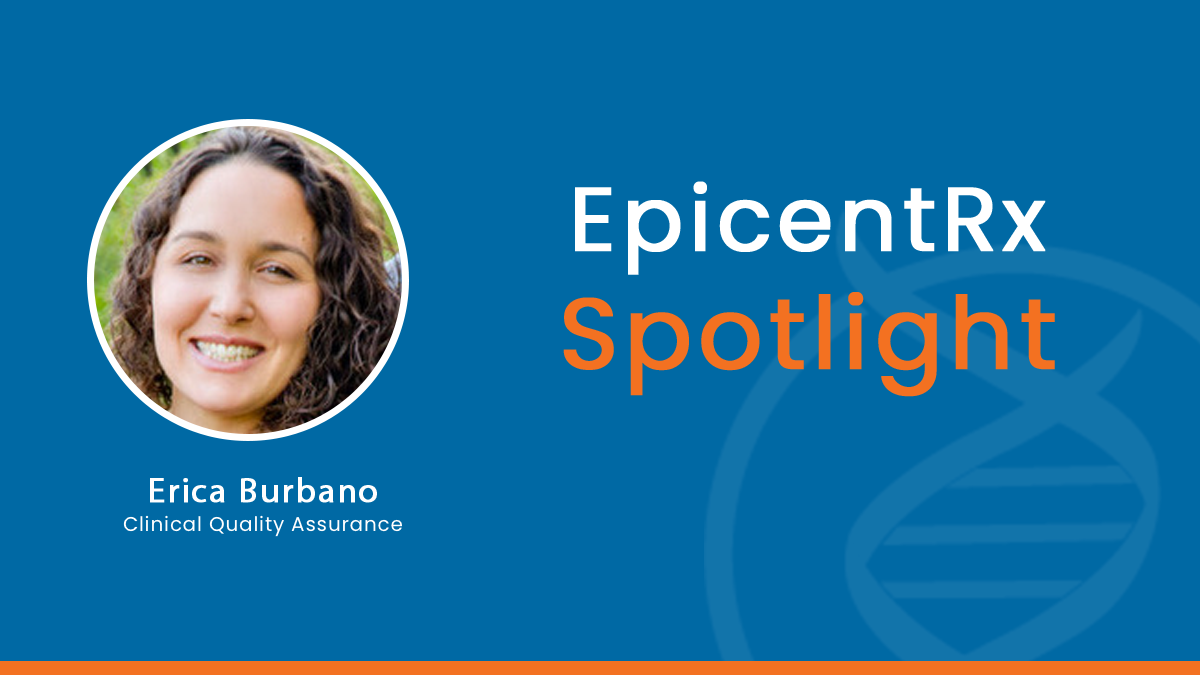 ♪ Da-ta-da-da-ta-da-ta-da ♪ This excerpt from the theme song to the movie, Rocky, is by way of introduction to Erica Burbano, Head of Clinical QA for EpicentRx, who, like the Rocky Balboa character, grew up on the mean streets of Philadelphia.

Ok slight exaggeration. Erica grew up in a tranquil, secluded suburb on the outskirts of Philadelphia with nice streets, not mean ones. However, a hard-nosed Philly toughness, never far from the surface, managed to seep in as if by osmosis. Because as kind-hearted, fun-loving, and compassionate as she is, Erica is not to be trifled with and doesn’t suffer fools gladly. That is nowhere more apparent than when she feels that patients’ best interests have not been taken into account. For Erica, patients ALWAYS come first. This is as true now as it was when she joined the company in 2016 from the University of California at San Diego (UCSD), where she worked as a study coordinator.

Such is her commitment to patients and to the company that even at the height of the pandemic when the office was a virtual ghost town Erica showed up every day or almost every day, manning her computer and the phones so that EpicentRx maintained an in-person presence. Also, it is not uncommon for her to send emails late at night on weekdays and sometimes even weekends after her two kids have gone to bed.

Like Rocky, who fought from behind in every movie, EpicentRx is the underdog against a range of devastating and vicious opponents: from cancer to lethal radiation exposure and neurodegenerative diseases. But with Erica and her trademark Philly toughness in EpicentRx’s corner, a knockout against one or more of these conditions is all but guaranteed.