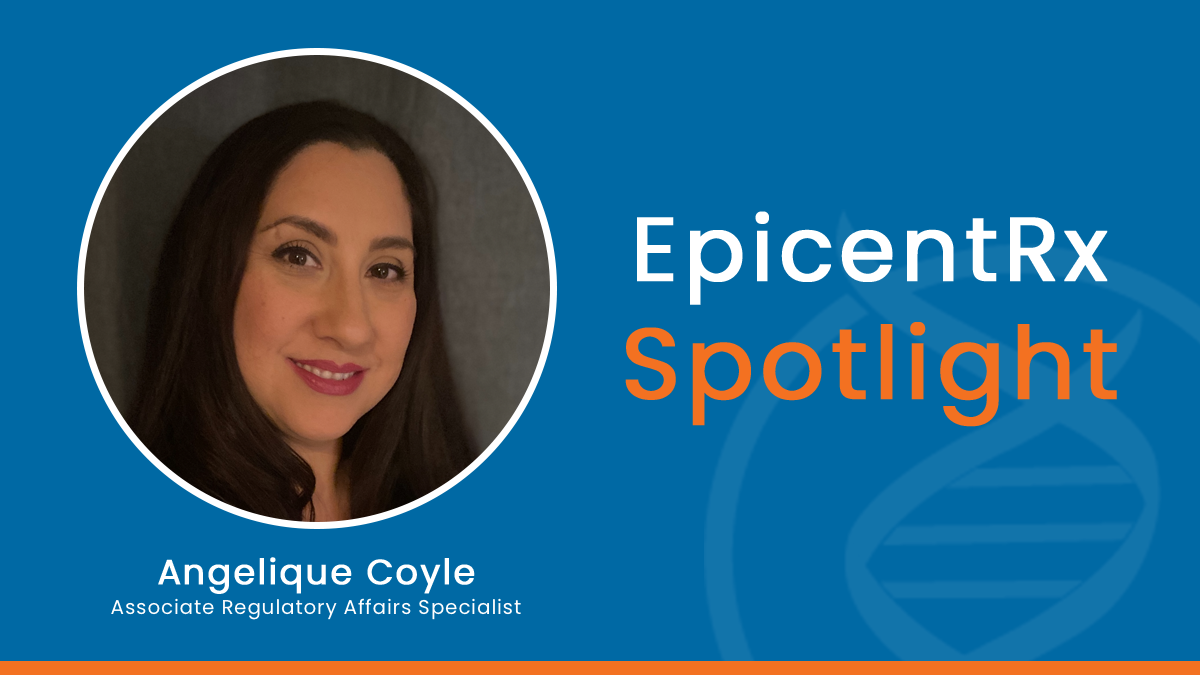 A common metaphor is that of a devil on one shoulder, representing temptation, and an angel on the other representing conscience, which battle it out for control over individual actions. In the case of EpicentRx, that angel is literal not metaphorical. Her name is Angelique Coyle, Angel for short, and she sits on a chair (instead of a shoulder) in the EpicentRx office. As head of Regulatory Operations, Angel must daily wrestle the demons of sloppiness, lack of understanding or training, and protocol noncompliance that often plague drug development.

We chose the verb “wrestle” in the previous sentence intentionally in place of “fight” or “battle.” The mother of four children, three boys, all of whom are highly experienced and committed wrestlers, and one girl, an outlier who plays lacrosse and field hockey, Angel spends a lot of her time outside of work at matches, tournaments, and games, watching them all compete. In fact, one of her boys, a junior in high school, is ranked top 50 in the state of California at 186 pounds. Her father was a wrestler too. The family catchphrase is “O’Coyle RULES!!,” a shoutout to Adam Sandler’s comedy, Billy Madison, where the running gag involves a large Irish family that chants over and over, for better and for worse, (and especially for worse when their car heads off a cliff), “O’Doyle RULES!!”

Angel herself was a gymnast, and it shows since she frequently bends over backward for the company. Prior to EpicentRx, Angel worked for ASPIRE Institutional Review Board (IRB), which approves clinical trials to start, as a medical assistant in internal medicine, OB/GYN, and in the clinical trials office at the University of California at San Diego (UCSD).

Her job title, Head of Regulatory Operations, is somewhat provisional and in flux since, as the Girl Friday of the company, she wears many different hats and juggles several responsibilities so that EpicentRx always remains in compliance with federal, state, and institutional regulations. Based on this, perhaps the most appropriate job title for her is, “Guardian Angel”.