Spotlight on the Adenovirus of AdAPT-001

Fun fact: “Adenovirus,” a DNA virus, that has been used as a delivery vehicle for spike-based COVID vaccines, is named from the human adenoids, a tonsil-like organ in the back of the nose, where it was first isolated. The purpose of the adenoids is to fight infections. Like tonsils, not everyone has them, since adenoidectomies, like tonsillectomies, are routinely performed, usually on kids, to help them breathe better when the adenoids are swollen or enlarged.

FYI: if you have ever heard someone that sounds excessively “nasal”, or, in other words, as if they are talking out of their nose, then swollen adenoids may be the reason. This type of nasal speech is sometimes referred to as “adenoidal.” 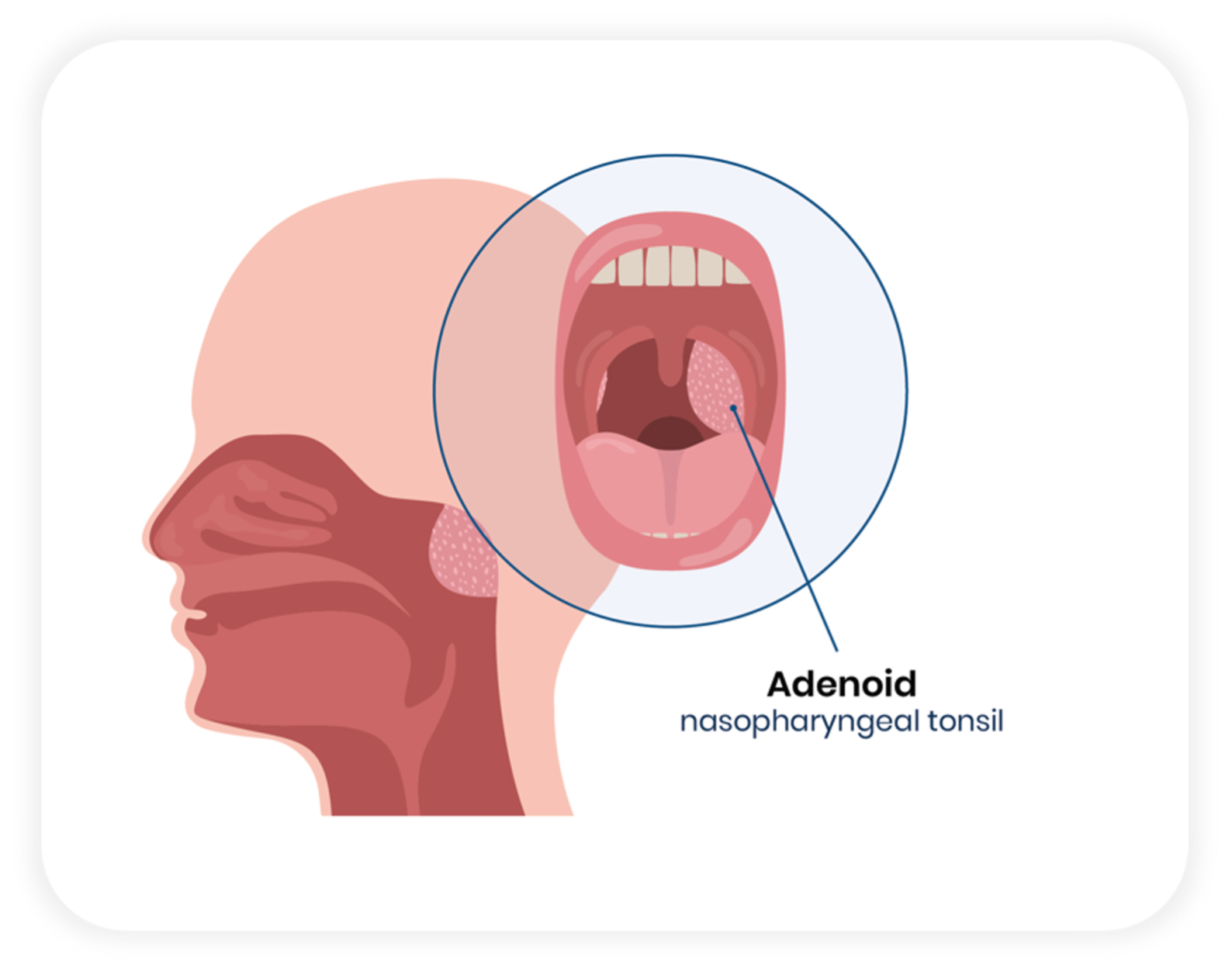 The name, adenovirus, then, is appropriate because its main target is the back of the nose and the respiratory tract. Some adenoviruses also cause “pink eye” or conjunctivitis, gastroenteritis (stomach bug) and urinary tract infections (UTIs).

There are over 100 different strains or types of adenoviruses. Most infections are mild and children account for over 80% of the cases. Military recruits living in close quarters are prone to outbreaks from adenovirus types 4 and 7, which cause respiratory symptoms and for which a vaccine is available but only for them and not for the general public.

As previously mentioned, adenoviruses are DNA viruses, which use DNA as their genetic material. They are hexagonal in shape and covered with an outer protective shell called a capsid that is studded with knobbed fibers, which interact with specific cell receptors, called CAR, as shown below. This is different than coronaviruses, much in the news because of COVID-19, which use RNA as their genetic material. Like the fibers on the adenoviral capsid, coronaviruses are covered with the now well-known spike protein, which is the key that interacts with and unlocks the angiotensin-converting enzyme 2 (ACE2) cell entry receptor.

Figure 2. Adenovirus and the CAR receptor

Adenoviral infections are generally mild and self-limited, and because of this, adenoviruses can be modified in an effort to treat cancer. These modified viruses are called “oncolytic” because they lyse or eliminate cancer cells while minimizing toxicity to normal cells. The prefix “onco” means “cancer,” the suffix “lytic” means to burst or eliminate. So, adenoviruses, the workhorses of oncolytic viruses, can be engineered to specifically infect tumors, and copy themselves repeatedly until new virus particles spill out of the ruptured cancer cells like the chest-bursting extraterrestrial parasites in the classic movie, Aliens, with Sigourney Weaver. Scary stuff, indeed, but only for the cancer cells, since the oncolytic adenoviruses, and, specifically, AdAPT-001, are modified to minimize viral toxicity to normal cells. In contrast, infection of tumor cells with AdAPT-001 activates the immune system and expresses a protein that neutralizes TGFb, an immunosuppressive cytokine. 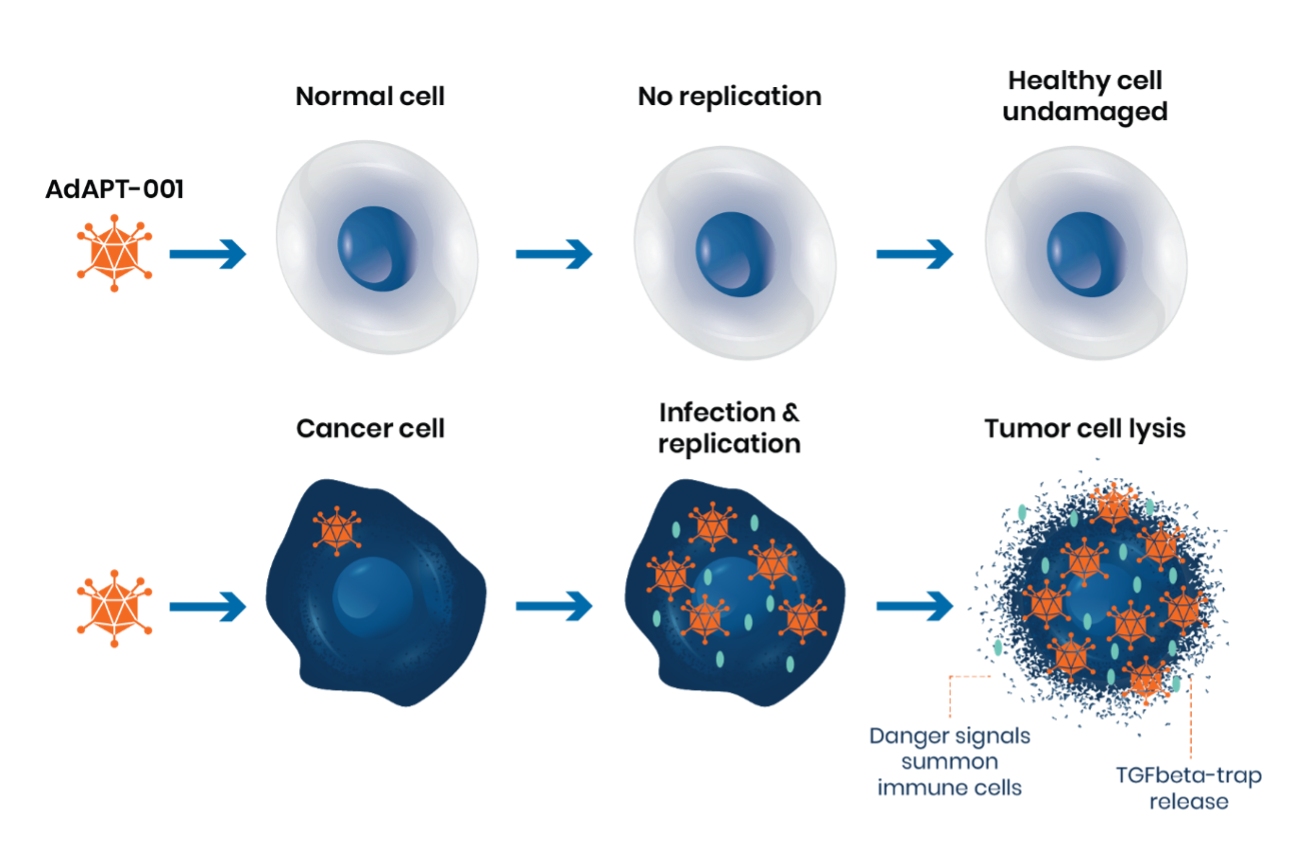 AdAPT-001 oncolytic adenovirus is ‘supercharged’ with a TGF-beta trap, the purpose of which is to bind to TGF-beta, a protein that tumors overproduce to prevent an immune response against them.