EpicentRx Gives an Oral Presentation at the Prestigious Neuroscience 2022 Conference

“Good afternoon, everyone and welcome to San Diego, which, according to Ron Burgundy, the San Diego newscaster played by Will Ferrell in the film, Anchorman, was discovered by the Germans in 1904.” So began the presentation of Dr. Bryan Oronsky, Chief Development Officer of EpicentRx, on the effects of RRx-001 in Parkinson’s Disease at the San Diego conference center for the Neuroscience 2022 conference.

1904 was not the year that San Diego was founded, of course, and, to best knowledge, no Germans were involved—the Ron Burgundy character is a clueless doofus, after all—but, coincidentally, it was the year that the US took over construction of the Panama Canal, where the unrestricted use of neurotoxic herbicides and insecticides for the control of mosquito-borne diseases like yellow fever and malaria is linked to the development of Parkinson’s Disease (PD).[1]These chemicals produce inflammation and free radical or oxidative stress, which damage the neurons associated with PD.

In his 15-minute talk, Dr. Oronsky focused on the effects of RRx-001 in brain-related inflammation or neuroinflammation, a common denominator of and a driving force behind neurodegenerative diseases like PD, Alzheimer’s Disease, and Amyotrophic Lateral Sclerosis/Motor Neuron Disease (ALS/MND). The data he presented was from the lab of Dr. Richard Gordon, a foremost neurodegenerative disease and inflammasome expert from the University of Queensland in Australia who also, based on his expertise, served as the conference moderator. This data from work, which was funded by a generous grant from the Michael J. Fox Foundation (MJFF) and Shake It Up Australia demonstrated that RRx-001 significantly decreased levels of inflammatory markers in the brains of animals exposed not only to paraquat, one of the neurotoxic weed killers widely used in the Panama Canal Zone, but also other Parkinson’s-linked chemicals such as 6-hydroxydopamine and MPTP which was discovered as a contaminant in synthetic street heroin in the 1980s and linked to drug-induced Parkinsonism. 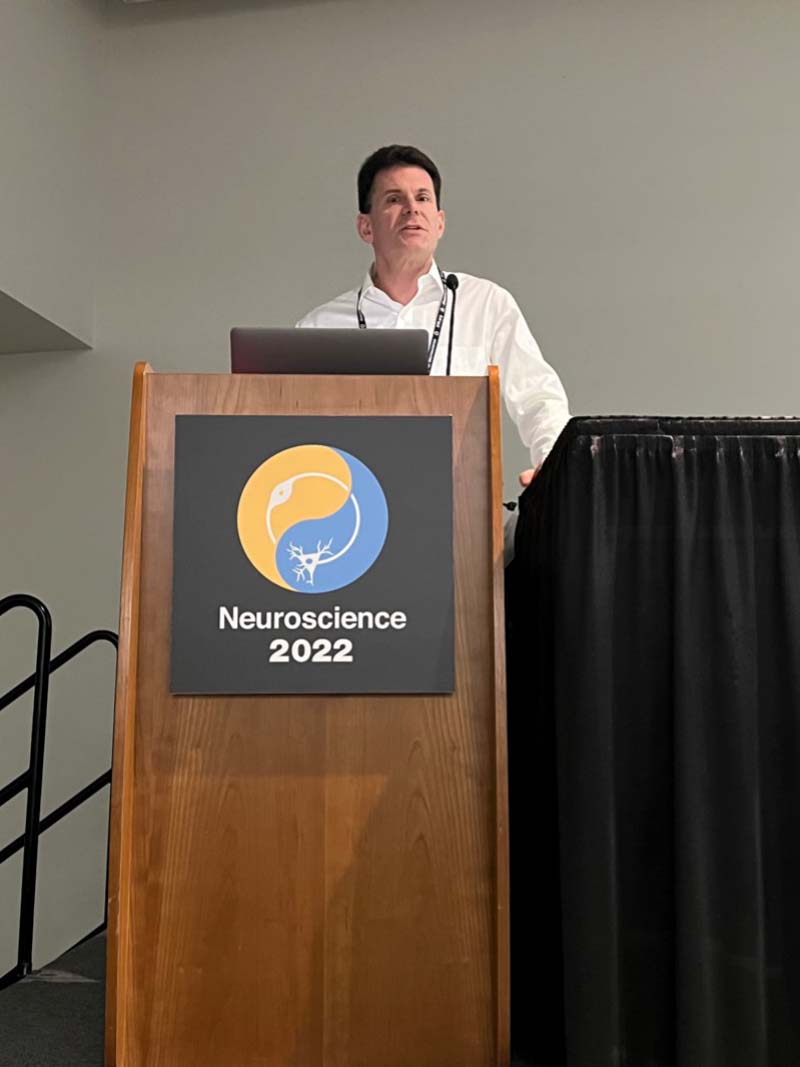 Not to get too deep into the weeds (or, more accurately, weed killers), Dr. Oronsky described how the main mechanisms of RRx-001 involve inhibition of the NLRP3 inflammasome and activation of Nrf2. The NLRP3 inflammasome consists of several proteins, which assemble to kickstart and prolong the inflammatory response. Nrf2 is a gene, which activates the production of many antioxidant enzymes. By these two mechanisms RRx-001 prevents or decreases the cellular inflammatory and oxidative damage that is associated with PD and other neurodegenerative diseases. The study of RRx-001 in PD is more than just of academic interest since the fact that it is a well-tolerated therapeutic, which over 300 patients with terminal cancer have received, greatly increases the likelihood that RRx-001 will be used to treat PD patients in the near term if the data continue to look positive. 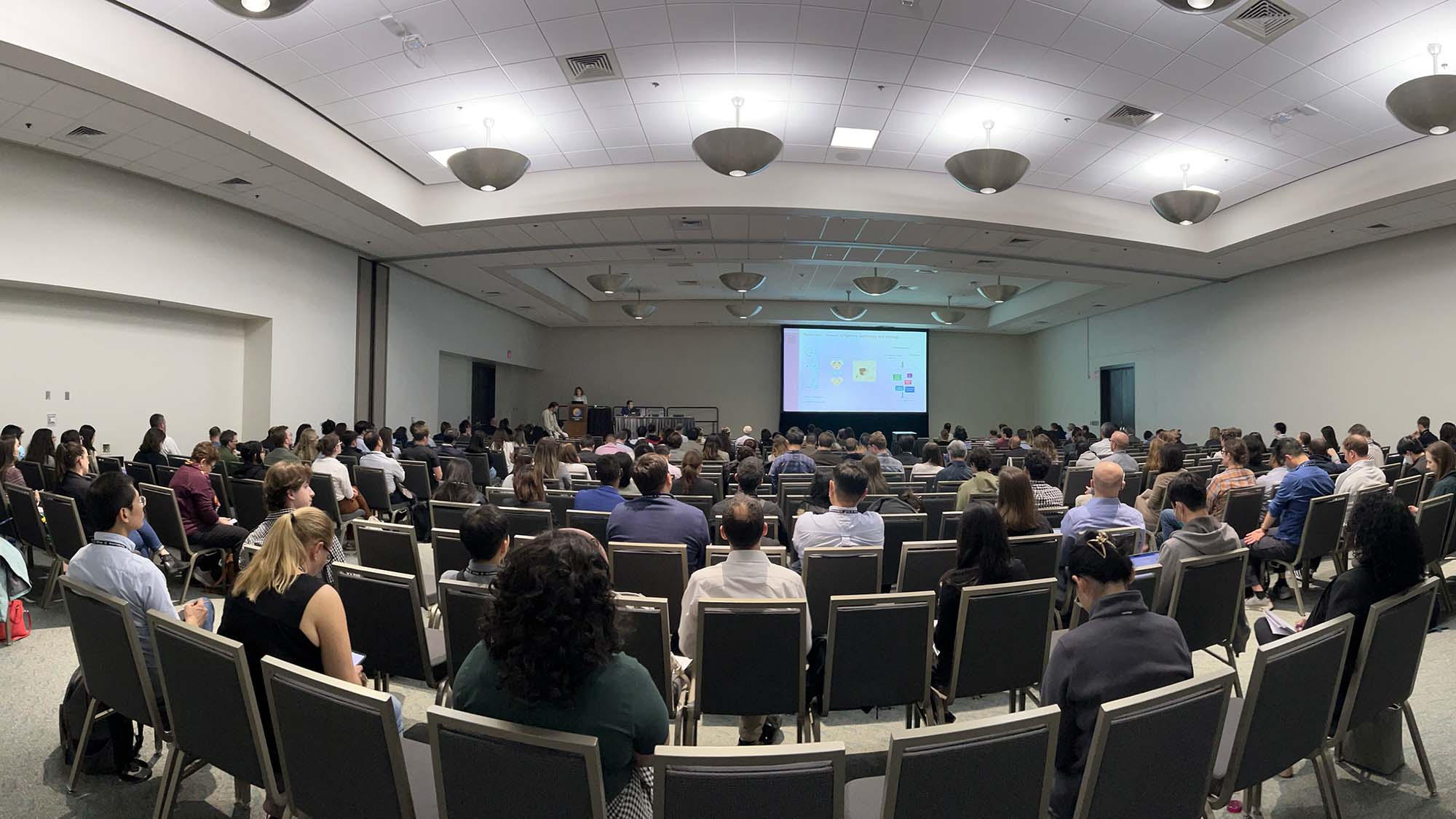 Despite the heavy science content, Dr. Oronsky kept it light and tight, and finished to a loud round of applause. A series of questions from the audience followed about the tolerability of RRx-001 in the clinic, its biomarkers of activity, and about the experimental methods that were described, which Dr. Gordon helped to answer. 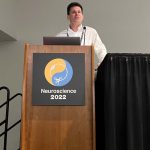 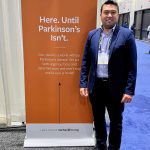 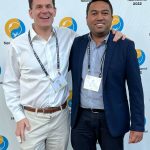 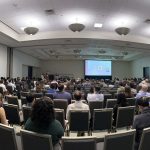 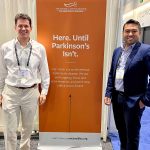