Don’t Forget about Inflammation in AD

Alzheimer’s Disease (AD), the leading worldwide cause of dementia or cognitive decline, continues (and will continue) to perplex the medical community until its main causes are identified and addressed. Currently all signs point to inflammation as the (or one of the) main causes of AD especially given evidence of doctored data, which recently came to light, from a 2006 study in Nature that identified sticky beta amyloid plaques (remember plaques and tangles?) as the main cause of memory loss in AD patients. So predominant is the beta amyloid hypothesis, and for so long has it held sway over the direction of the AD field, the FDA granted accelerated approval to Biogen’s beta amyloid-lowering drug, Aduhelm (aducanumab) over the objections of its own advisory panel.

At the recent Alzheimer’s Association International Conference (AAIC) in San Diego, EpicentRx presented a poster on a new approach tied to chronic inflammation. As an alternative to beta amyloid, accumulating evidence demonstrates that, despite multiple different triggering events, chronic inflammation is a common denominator of AD and other neurodegenerative diseases like Parkinson’s and amyotrophic lateral sclerosis (ALS), also known as a motor neuron disease and Lou Gehrig’s disease.

One of these NLRP3 inflammasome inhibitors is EpicentRx’ RRx-001, currently in a Phase 3 trial for the treatment of small cell lung cancer. RRx-001 is also on the critical path for development as a radiation countermeasure in case of exposure to lethal levels of radiation from a nuclear bomb or a nuclear reactor meltdown.

As an NLRP3 inflammasome inhibitor, RRx-001 has been evaluated in many disease states, including AD, where inflammation is a central factor. The data EpicentRx presented at the AAIC show that administration of RRx-001 once weekly for three months to triple transgenic Alzheimer’s disease mice significantly improved spatial learning and memory. It also significantly reduced free radical and inflammatory damage in brain tissue as well as amyloid plaque pathology.

Dr. Tony Reid, CEO of EpicentRx, who represented the company at this conference, fielded a range of questions and comments from interested attendees, with the data well received.

Expect to see more in this space about RRx-001 as a treatment for neurodegenerative disorders, including Parkinson’s Disease, where the company recently announced a grant from the Michael J. Fox Foundation. Also stay tuned for further, and hopefully unforgettable, results from studies in Alzheimer’s and ALS. 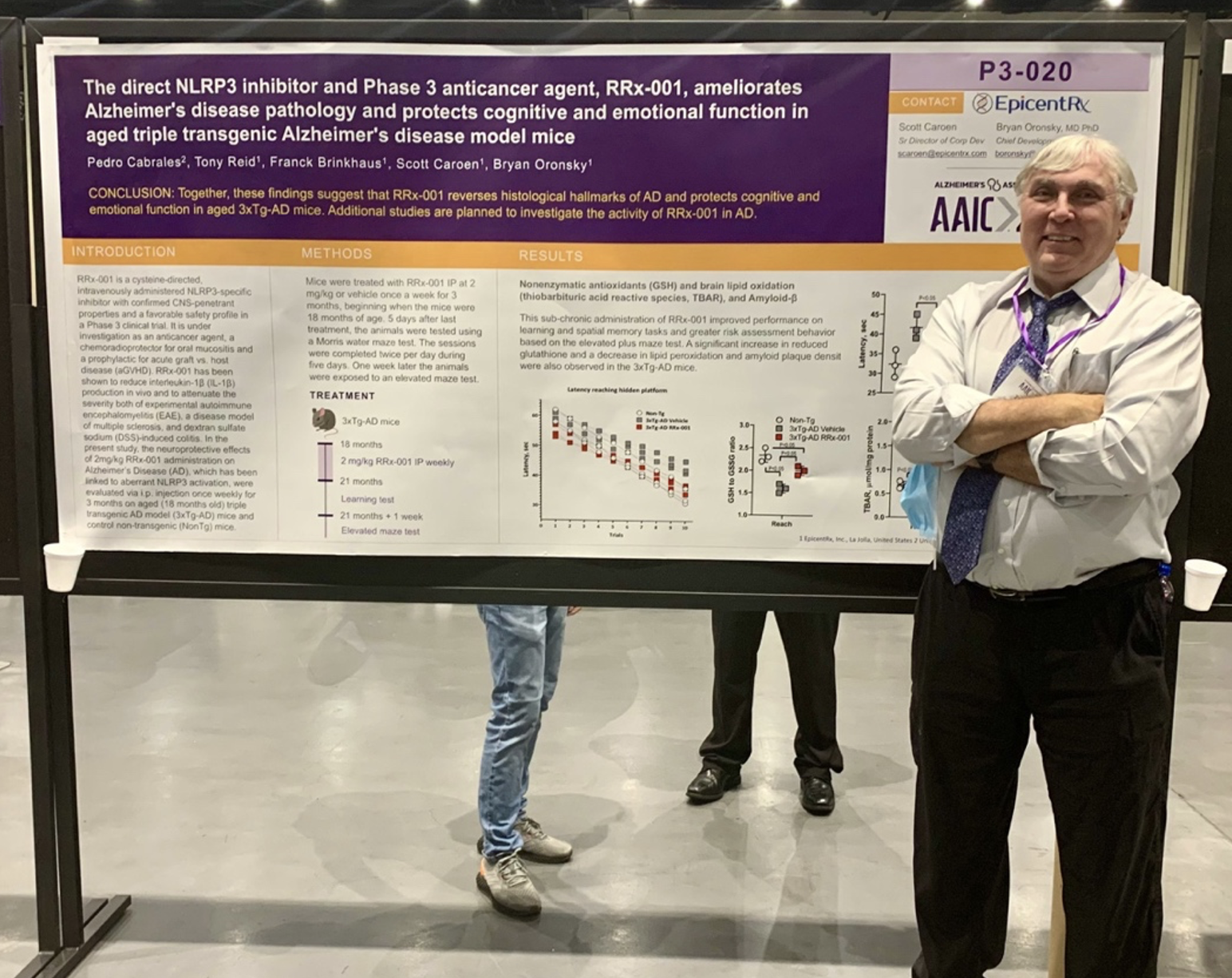 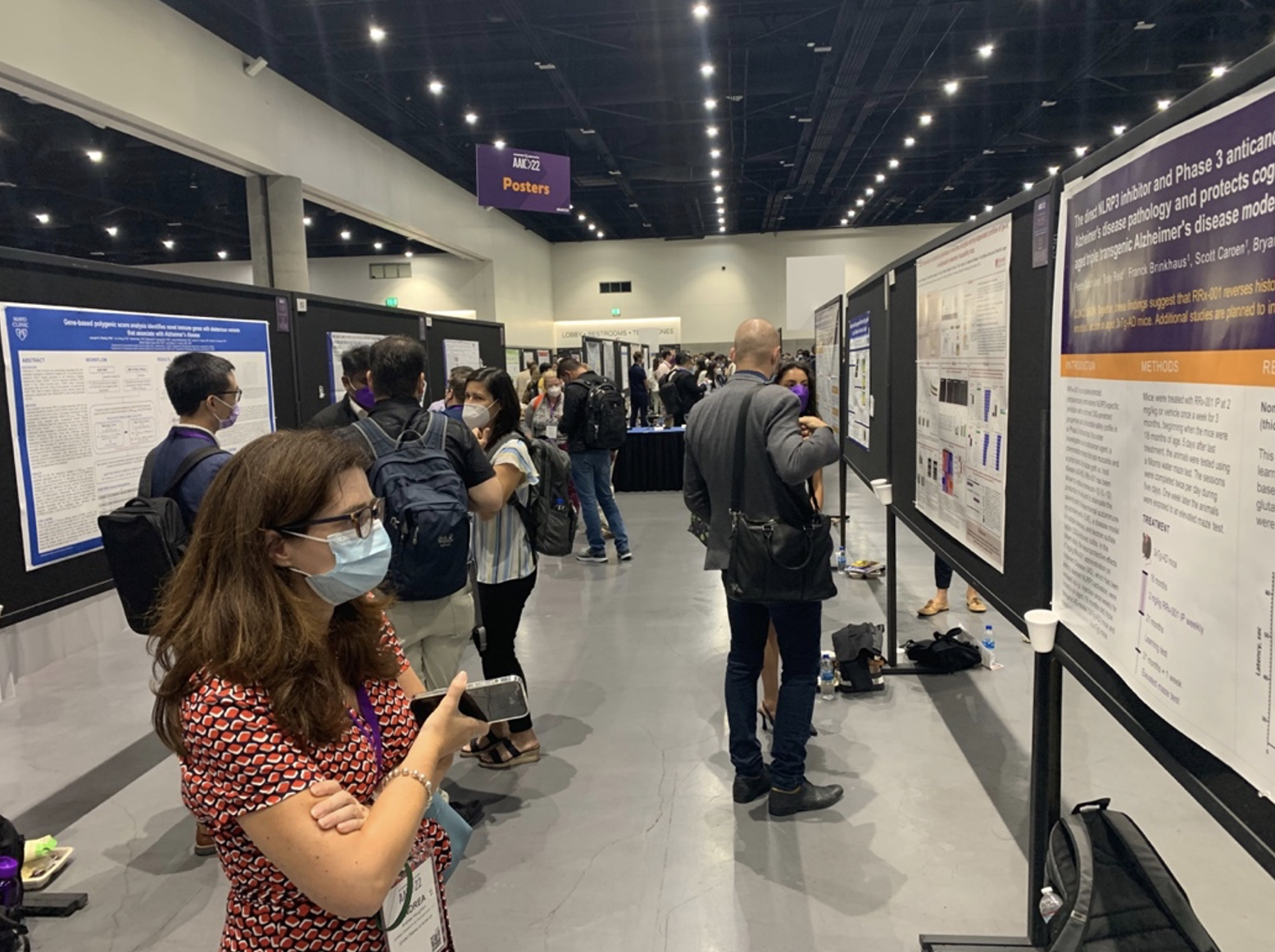