“You gotta be moving to trip over something.” 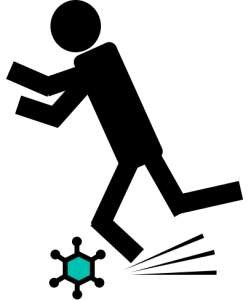 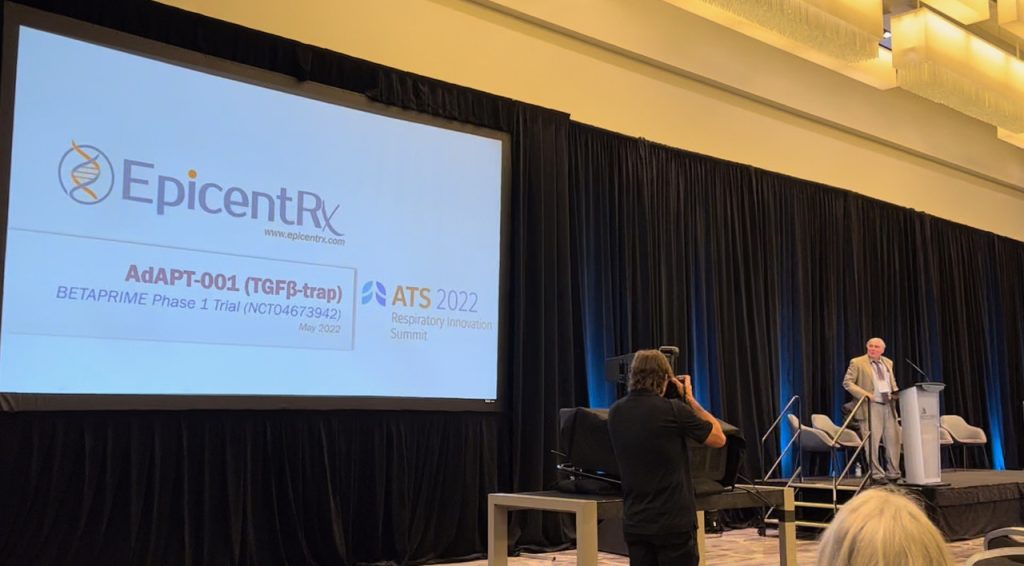 To rapt attention in a filled-to-capacity conference hall of the San Francisco Marriott hotel, Dr. Tony R. Reid, an invited speaker of a selected abstract at the International American Thoracic Society (ATS) Conference in Fibrosis, and CEO of the San Diego-based biopharmaceutical company, EpicentRx, briefly presented on AdAPT-001. This is the lead asset, and the crown jewel, in EpicentRx’s proprietary AdAPT platform of “armed” adenoviruses, which encode different therapeutic molecules or “transgenes.”

In the case of AdAPT-001, currently in a Phase 1/2 trial called BETA PRIME (ClinicalTrials.gov Identifier: NCT04673942) for the treatment of cancer the therapeutic transgene is a TGF-beta trap that binds to and neutralizes or “traps” transforming growth factor-β, (TGF-β). This is a protein, which is pathologically overexpressed in a long list of disease states where immune suppression and scar formation or fibrosis are the key abnormalities involved. The culmination of over 30 years of directed experimentation on adenoviruses, beginning from when Dr. Reid was an MD Ph.D. student at Stanford University in the 1990s, the discovery and development of AdAPT-001 were the product of three parts hard work and one part “deliberate serendipity,” otherwise stated by Dr. Reid as, “you gotta be moving to trip over something.”

With a mix of background information, data, and home-spun philosophy, Dr. Reid, a practicing oncologist, and a virologist, set out first to explain how in cancer immune suppression from overexpression of TGF-β is a huge negative because of its association with worsening of the disease and therapeutic resistance both to chemotherapy and checkpoint inhibitors. Experiments in mice demonstrate and ongoing clinical trial results in patients suggest that AdAPT-001, as a replicating adenovirus, which neutralizes TGF-β wakes up the previously dormant immune system to the presence of cancer cells, sending it on an antitumor “seek and destroy” mission.

However, in the general theme of “you gotta be moving to trip over something.” Dr. Reid also pointed out that AdAPT-001 was incidentally discovered to be active outside of cancer potentially in disease states where scar tissue from TGF-β overexpression abnormally accumulates. In this way, Dr. Reid explained, AdAPT-001 may be used to treat diseases such as cirrhosis of the liver, congestive heart failure, hypertrophic scarring, idiopathic pulmonary fibrosis, and acute respiratory distress syndrome (ARDS), for which the common denominator is an abnormally large amount of fibrosis or scarring from TGF-β overexpression.

Scott Caroen, Chief Operating Officer of EpicentRx, who attended the conference stated that “As Dr. Reid made clear in his presentation, TGF-β is a major player in several diseases, and we are trying to take it off the board with AdAPT-001, a therapy that is adaptable and flexible enough to be used both in and out of cancer.”

This is in keeping with the general mission of EpicentRx, which is, no matter the therapy that is being developed, to always look very carefully at the data, and to follow where it — and intuition — lead, hopefully tripping over something worthwhile in the process, deliberately or not, for the betterment of patients with diseases that lack effective therapies.